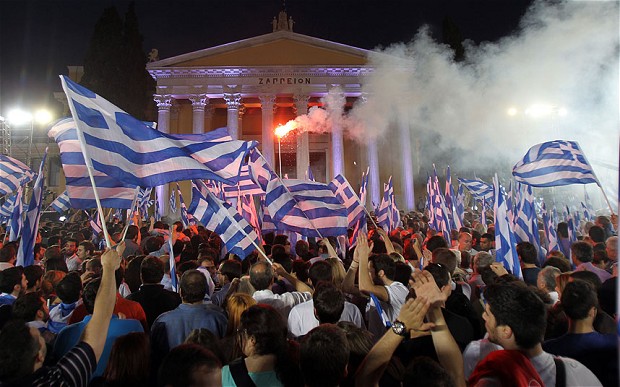 With global exchanges suffering some of their worst days in a decade over recent weeks, many investors are thinking Armageddon has come.

But investment managers who have been through the inevitable ups and downs numerous times before say the world will keep turning.

According to Shane Wee, Founding Director of Alto Capital, there is often at least two market corrections, sometimes more, for cycles to turn from bust to boom.

“It’s hard to gauge where the market’s going on a day-to-day basis and it’s been like that for some time now,” Shane said.

“We’ve been through significant events such as 9/11, which was the end of the financial world as we knew it at the time, but we recovered.

“Then we’ve had Brexit, the GFC, Trump – but the world still continues to move along. The Greek financial crisis, for instance, is now a distant memory for many.

“So, this current correction that we needed to have will pass – it always does.”

The overall investment mentality has changed since the height of the last resource boom.

Back then, when mining could do no wrong, it seemed junior explorers were getting money for jam.

Or money for nothing, many might argue, because if someone had pegged a patch of dirt in the desert they just had to put their hands out and money came from all directions.

But suddenly the boom ended and the promised returns never materialised.

That’s the nature of boom and bust cycles. They start and end. Then they start again. It’s just that no one really knows precisely when. So investors with an appetite for risk do get caught off guard.

For those trying to raise capital, the issue is that when investor confidence is shattered, it takes a very long time for risk appetite to return, making it increasingly difficult for entire industry sectors to find funds.

And sometimes there are false starts before the market settles into a period of sustained growth.

“It was all looking very promising this time last year when it was very easy to raise money over a short period of time,” he said.

“But that came to a halt by the third week of January when the first dip in the US saw a 1,000-point drop – that shook the market a bit, then it happened again and it really rattled investors and the risk money completely dried up.

“As a company, and as an investor, you need to be in a position to ride through the inevitable market corrections.”

In the Australian market, the impact of mining downturns on other industries is often profound and can take time to swing back the other way.

“For any company in any sector, good management is the number one investment factor,” he said.

After management, it’s about capital management. Cash burn has always been the sticking point when it comes to exploration.

Shane says while everyone is searching for that “company maker” drill result, it still comes back to good management.

Morgan Barron, Director and co-owner of Corporate Advisory firm Ventnor Capital, says while the resource sector tends to have a big impact on overall ASX investor sentiment at the small cap end, there’s always a new sector of interest.

“Earlier in the year it was cannabis and in the past few weeks we have seen a number of interesting biotech deals,” he said.

“As one sector falls, another rises. And while the overall mining sector may remain flat for some time to come, there are certain commodities that will outperform the rest of the market at certain times.

“You also need to remember that markets have become a lot more global and sophisticated investors have a lot of opportunity to choose where and when to put their money, and how to diversify their risk profile and portfolios.”

But Morgan says the signs for an Australian resources sector recovery are evident, with the gold price being one indicator.

“There is optimism for 2019 in Kalgoorlie and on the streets of West Perth” he said.

“But it’s being tempered with a degree of generational change and better governance and capital management than we saw at the height of the previous boom.

“Salaries have come down, the ASX has clamped down on what companies can say and there is stronger compliance and governance.

“Investors are becoming a lot smarter – they’re looking for good management and watching closely how much skin directors have in the game.”